The Man in the High Castle Wikia
Register
Don't have an account?
Sign In
Advertisement
in: Article Stubs, Contents

The Man in the High Castle (Series)

This article is about the series. For the novel, see The Man in the High Castle (Novel). 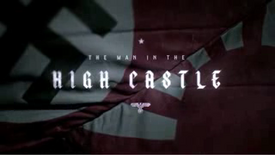 "The Man in the High Castle" is a 2015 American dystopian alternate history television series produced by Amazon Studios, Scott Free, Headline Pictures and Electric Shepherd Productions. It was developed by Frank Spotnitz and based on the novel by Philip K. Dick.

The pilot premiered on January 15th, 2015, and was Amazon's "most-watched since the original series development program began." On February 18th, 2015, the series was picked up for a ten-episode season, and the remaining nine episodes were released on November 20th, 2015. A second season of ten episodes premiered on December 16th, 2016, and the series was renewed for a third season on January 3rd, 2017 that later premiered on October 5, 2018. The fourth and final season is scheduled to premiere on November 15, 2019.

The series is based on the 1962 novel of the same name by American science fiction author Philip K. Dick. The story is an alternate history of the world in which the Axis powers won World War II. The United States and Canada has been partitioned into three parts - The Japanese puppet state of the Japanese Pacific States, which comprises the former United States west of the Rocky Mountains, a Nazi puppet state that comprises the eastern half of the former United States; and a Neutral Zone that acts as a buffer between the two areas, also referred to as the "Rocky Mountain States".

The Man in the High Castle explores what it would be like if the Allied Powers had lost WWII, and Japan and Germany ruled the United State. Starring Rufus Sewell (John Adams). Luke Kleintank (Pretty Little Liars) and Alexa Davalos (Mob City).

After giving Joe the film, Juliana is forced to flee the fury of the Resistance while embarking on a new path to save her home from destruction. Joe confronts his absent father in Berlin, who is not as he seems. Smith wrestles with what to do about his ill son. Frank takes a gamble with his life in a bid to save Ed. Tagomi's life is turned upside down by his "travel" to an alternative world.

Juliana uncovers a dangerous Nazi plan for ultimate supremacy. Can she convince others to join her in stopping it? Or is it already too late? Though recently celebrated by Himmler, Smith finds that the dangers to his family continue. As the GNR takes retaliatory measures toward the JPS, tensions rise and Tagomi tries to broker peace. A haunted Kido searches for old enemies.

Juliana Crain is on a mission to take down Reichsmarschall Smith, as the Nazis use the Die Nebenwelt Portal to infiltrate other worlds. Helen Smith struggles to protect her fractured family. Chief Inspector Kido is caught between the Imperial Army and the Royal Family as the Japanese Empire faces its greatest challenge. Amid these tensions, a new rebel force rises: the Black Communist Resistance.