"The Box" is the third episode of Season Four of The Man in the High Castle, and the thirty-third episode of the series overall. This episode, along with the rest of the season, was made available for streaming on Amazon Video on November 15th, 2019.

Wyatt’s rebels and the BCR join forces to attack Tokyo’s elite at Robert Childan’s auction. Helen comes back to the Reich to protect her children. Kido receives an unexpected call from the Yakuza. Smith sends an assassin to kill Juliana.

From his records, Kido informs General Yamori that Mingus Jones couldn't have been Tagomi's assassin as he wasn't present at San Francisco at the time and believes he had an alibi to carry it out for him. But Yamori finds it all forged and demands that Kido close the murder investigation and that Mingus declared the killer. Kido reluctantly obliges. Meanwhile, Toru goes for a drink dressed in his military uniform at the Yakuza owned Bamboo Palace. When a prostitute tries to interact, he flinches at her touch and tries to control his PTSD. The prostitute then reports him to a Yakuza guard to ask him to leave but when he touches Toru's shoulder, Toru suddenly smashes a wine bottle at the guard's head, killing him.

Helen decides to return to the Greater Nazi Reich for her daughters. Smith initially offers her time with the daughters alone by seeing a movie, but insists on staying for tomorrow night's dinner with Heinrich Himmler. When she moves back to her room, Jennifer enters and tells her mother she didn't have to return as she also wants to live with Uncle Hank rather stay at the Reich any longer. Helen reassures her that she'll one day help her get out of the Reich.

Alt-world Thomas visits Juliana for her Thursday lesson on Aikido. He reveals to her of his intention to enlist in the U.S. Army to be deployed of the ongoing Vietnam War but hasn't told his parents, as he knows his father's distaste for war during his past years in World War II but desires to fight and is confident to return just like his father. Juliana tries to advise him that the war may not be something worth fighting for.

Japanese civilians and officials are now arriving for the auction while BCR members take positions surrounding the building. Bell keeps watch in a parked van with a BCR sniper, while Elijah and his men take cover near the building's backyard. General Masuda finally arrives. Kido, however, won't be making it for the auction when he arrives at the Bamboo Palace where the Yakuza boss, Okami, tells him that his son killed his guard for simply asking him to leave and afterwards poured another drink. Okami shows him a bloodied Toru, spared because of his war hero status.

Kido drags his son back home and while his actions will go unreported he rebukes him to avoid such an incident again. Toru finally expresses to his father his suffering and trauma over his war crimes against innocent villagers in Manchuria. Kido assures his actions are justified in war for the empire's victories. But Toru knows that Japan is now in a losing war against Chinese forces and that he and his father are just puppets for the regime. Kido angrily reminds him that it's their duty to serve, to which Toru counters with Kido's failed duty as a father who left them. Kido angrily tosses his son out of the room and orders him to leave, declaring he's no longer his son.

When John and Helen are finally left alone. John asks her again to not attend dinner with Himmler but she knows John needs him as Helen's absence of the past year will be surely discussed. The two acknowledge their marriage is now estranged as Helen declares she will no longer be his wife at dinner, but only his ally.

As Robert commences the biddings, Wyatt's team of caterers begin their mission and quietly distribute the smuggled weapons. Wyatt and Jeremy take position behind the stage and slowly move in. Meanwhile, Captain Ijima brings reports from their informants to Kido about recent sightings of Lemuel Washington in San Francisco traveling with an accomplice only identified with a sketch artist's drawing. However, Kido familiarizes the drawing as Wyatt Price and realizes the caterers are about to make an attack at the auction. Japanese radio operators at the auction are alerted by the Kempeitai but are prevented raising the alarm when Elijah's team manages to take them out. But Elijah decides to abort the mission when he overhears the Kempeitai's transmissions and tells Bell that they should abandon Wyatt's men.

Wyatt and Jeremy reveal themselves at center-stage and fire on their targets. Hearing the gunshots, Bell decides to stay put and orders the snipers to open fire on the Japanese soldiers. As the guests flee the building, Masuda is still alive though wounded and being escorted. Bell's sniper is unable to finish the General and she decides to personally kill Masuda herself. Masuda retreats to an isolated alley where Bell catches up to him and kills the General with her pistol. She manages to slip out unseen just as the Kempeitai arrive. Kido enters the auction room to find defense ministers, Shimura and Nagasaki, killed. In the aftermath, Bell manages to escape along with Wyatt's men. Unfortunately, during the escape, three of Wyatt's men, including Kent, is killed and Wyatt lashes out at Elijah for abandoning them. But their fight is broken up, when one BCR member drags out Robert from hiding inside their vehicle. They agree to execute him by slitting his throat, but Bell halts it when Robert gives them valuable information that the Crown Princess is planning for a withdrawal of all Japanese forces in the Japanese Pacific States. He offers his service to have their message sent to the Crown Princess.

Juliana continues to travel at the desert realm where she approaches a seated Tagomi, asking what his message was referring. She then turns around and finds shadows of people once again emerging before facing Tagomi again, only to find his apparition has been replaced with Nazi John Smith that shoots her, causing her to wake up. Juliana then asks alt-word John Smith to meet up at a local diner.  Juliana apologizes for leaving abruptly during their dance and explains her hardship to explain her past. She then questions Smith what he meant about his desire to be like his father before the war intervened. He shares his military experience in the Pacific where he was a capable soldier that he almost wanted to stay, but his horrific actions in the war caused him to leave the military and resume a career in sales insurance. This leads Juliana to describe the man who shot her by contrasting his actions to alt-world John that he never stop gaining power. John assures her that no matter his power, he's just a simple man. Before leaving, Juliana advises John to share his war experiences with his son, to persuade him to not enlist.

As Juliana enters her car, Agent Campbell emerges from the back seat and tries to suffocate Juliana with a plastic bag and is unable to reach for the revolver Russ lend her. However, John saves her by pulling Campbell out of the car but gets stabbed. Campbell is shocked to find that who he stabbed was his superior's counterpart, but John breathes one last time to tell Juliana to flee. Juliana drives away and escapes into the night. Campbell witnesses John Smith bleed to death. 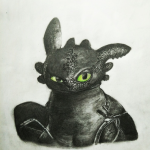