"Now More Than Ever, We Care About You"

Josef Mengele is a high-ranking Nazi scientist and a member of the government of the Greater Nazi Reich. He is also a key figure in the research and development of the top-secret Die Nebenwelt project, and answers directly to the Fuhrer.

Josef Mengele was born in Bavaria in the German Empire just before the start of World War I. He served as an Army Medic for the Nazis during World War II, and received various medals and honors. He is known to experiment on various living humans, such as Jews, concentration camp detainees, and the other "undesirables" considered sub-human to the Nazis. He eventually became the a leading Nazi scientist and began conducting major experiments for the "greater good" of the Third Reich.

Mengele resides in the American Nazi Reich, and is the head of the Ahnenerbe Institute, directly overseeing Die Nebenwelt project. He is first seen talking with John Smith about the Führer's film collection, and becomes a direct subordinate to him after the latter's ascencion to Reichsmarschall auf Nord Amerika. He personally oversees the first successful test of Die Nebenwelt and is congratulated by Himmler. 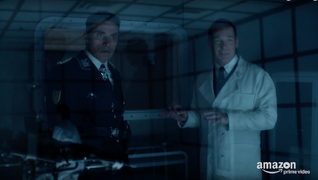 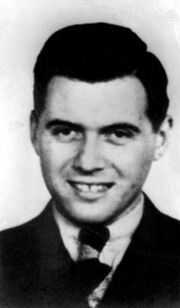 The real life Josef Mengele
Add a photo to this gallery

Retrieved from "https://the-man-in-the-high-castle.fandom.com/wiki/Josef_Mengele?oldid=12764"
Community content is available under CC-BY-SA unless otherwise noted.